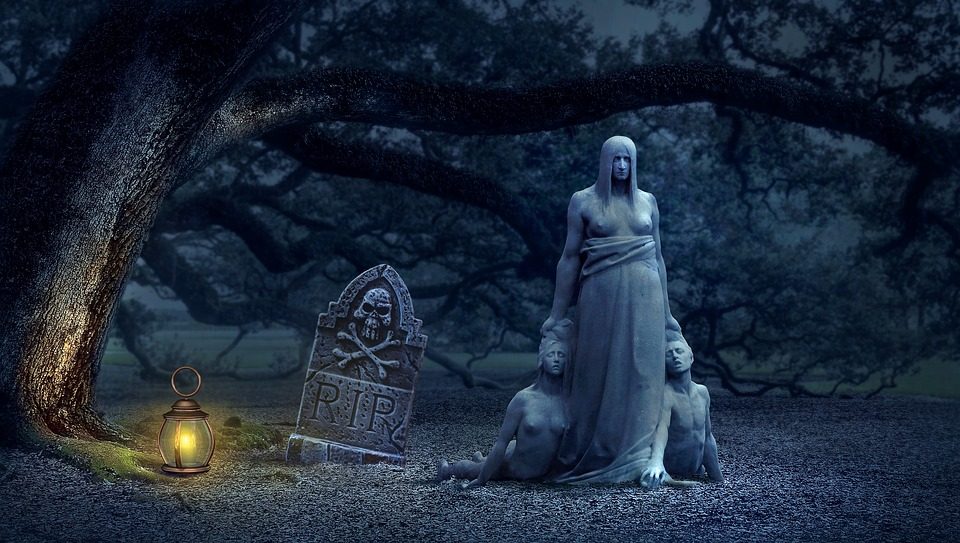 If you have ever gone to sleep after a day of hard work and expecting a good night sleep only to end waking up in the middle of the night sweating and afraid that you were about to die because of a nightmare, you certainly want to read this article. If the above sentence describes something which you have since come to live with because you believe that there is no solution to it, you will be happy to know that nightmare spells could be the solution you have been looking for.

In this article, I want to discuss anti-nightmare spells. I will start by explaining what type of spells these are and also suggest who they will be good for. However, I accept that to have a good night sleep; you are going to have also to follow a few tips that can help you to sleep better. As usual, we end the article by asking you to talk to us and let us know if there are any particular spells you are looking for.

As the name suggests, a spell to ward off nightmares is the use of magic to fight against nightmares that could make it impossible to sleep. With the use of such spells, you have the power to select what it is that you will dream about.

These spells belong to spiritual spells. Spells in this class of spells such as a banishing nightmares spell carry a great deal of power. If you have been reading any of our articles, you should already know that we are always advising people who want to use spells that carry much power to consult a spellcaster before using such spells. The reason behind this piece of advice is simple; as these spells can backfire and actually produce the opposite results if someone who is not experienced enough uses them.

What are nightmare spells and nightmare chants for?

Nightmare chants and spells are designed for someone who continually has to grapple with poor quality sleep night after night. It doesn’t really matter what the reason for the poor sleep is, these spells will solve the problem. However, they are quite useful for someone who finds it impossible to sleep due to bad dreams.

If you are looking for these spells because you want to give someone a nightmare, I would warn you against doing that. It is indeed a bad idea. If you have been reading any of my other articles about casting a spells, you probably by now know that I am very much against people who use spells to bring suffering to other people. If the spell happens to backfire, you will find yourself in a situation where the things that you wished on another person are happening to you.

I always get people asking me what they should use if they suffer from nightmares but still do not want to use black magic. Then you should use Wicca to stop nightmares. This class of spells is quite common among Western countries. I also find people who believe in Christianity trusting this spell quite a lot.

Wicca nightmare spells are some of the real spells that work for free. Even though I have nothing against free spells, I will be the first to tell you that such spells tend to take much longer two work. Also, if someone is offering you a free spell, you want to make sure that the spell is indeed free. If they are asking for your banking details, you should never give them because no one should be collecting such information if he or she are really offering you a spell for free.

I think for anyone who wants to use a spell to stop nightmares, it is essential to start by defining exactly what it is that is bringing about the nightmares. For many people, this comes up as a consequence of feeling guilty for something they have done to someone else. If this happens to be your case, I would advise that you look at guilt spells. These spells help with getting rid of any feelings of guilt that you may be having.

Another method you can use for different caused by nightmares are herbs to stop nightmares. Again, just like all other spiritual and magical things, these herbs should be recommended by a qualified person. This person should also tell you exactly what needs to be done. I always advise that magic that is done in the wrong way is like magic that has not been done at all.

Sometimes the nightmares you have maybe a result of revenge spells using pictures. This will be coming from someone revenging something wrong that you have done to them. If you know that you have wronged someone who is likely to cast spells of darkness on you, my advice is that you should seek reconciliation from that person. Otherwise, you have to get protection spells.

Have you ever encountered dark magic spells for power or are you looking for any other type of spell? If the answer is yes, then it is now time to act. We are ready to help with whatever you need to stop the nightmares; whatever the reason behind them is. Remember we are always here to answer questions. If you liked this article, why don’t you hit the like button and share? You never know, just that act could help someone in need.